Here's a good Bloomberg article assessing the progress of the Marriott purchase of Starwood. Marriott continues to hit all time highs with their stock price and continues with an aggressive development plan. Major financial indicators have increased since the acquisition and all is well . Essentially a confirmation of what we pretty much felt and observed.

Marriott's shares have soared ever since, and some of the benefits of this added scale quickly moved from theoretical to tangible in the last two quarters

Marriott has nearly reached its goal of $1.5 billion of asset sales, which to investors' delight has allowed the company to ramp up share repurchases even as the stock price hits record highs.

Sorenson said that over this year and next about 10,000 rooms will be weeded out from the Sheraton chain, which was Starwood's flagship brand, though a tired one in need of a refresh. (please note Starwood loyalists - the net reduction of Sheraton rooms is for improvement, not punishment-Marriott is adding over 3,000 new Sheraton rooms more consistent with operating standards).  The opportunity to streamline Sheraton and take advantage of the brand's appeal in Asia is one way Marriott is using the merger to maximize profitability.

Another is a partnership with Jack Ma's Alibaba Group Holding Ltd. that was made possible by Marriott's increased scale in Asia, a booming spot for travel.

Marriott is trying to drive loyalty to its brands and relinquish less of its profits to Priceline Group Inc. and Expedia Inc. (had it not been for the Alibaba link and the enormous amount of Asian business potential, this might have been a favorable scenario for current loyalists of both hotel companies, but alas, even here our business is somewhat muted).

The company's cost-cutting efforts and focus on expanding fee-generating managed and franchised hotels are also leading to wider margins. 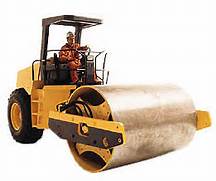