Looks if the old Pained one is about to hit the DailyDouble. If all plans come through, it will be Lisbon the last 3 weeks of March then Chile the middle of April.  This sounds like a californian type of trip.  As always, all thoughts, questions, concerns, and advice are welcomed! 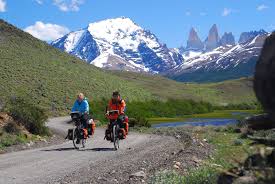 On the move again....what are you leaving for retirement?

Be that as it may, a few notes on Lisbon:

1. It will help if you start by pitching expectations at a realistic level. Lisbon is one of Europe's oldest cities, and it is fascinating in several respects; but it does not compare with London, Paris, Rome or Madrid in terms of the richness of its history and culture. Nor is it as wealthy, modern or diverse as certainly the first two of those; in some senses, you might find it a little "down at heel", particularly after the post-2008 difficulties. That said, it has a distinctive character and charm.

2. I've stayed many times at the Lisbon Marriott. As a building it isn't the most striking, externally or internally, but I've always found it (a) friendly and (b) functionally sound. It has an Executive Lounge which, though not quite as generously provisioned as ten years ago, has food and wine menus that are very adequate - and it has a balcony which, depending on the season, can be a delightful watering spot. It is fairly close to the Airport (about 15 euros by taxi: there is now a Metro link but I don't think it is well suited to accessing the hotel). It is a little way out of the city centre - though there is a Metro link about 15 mins distant, which takes about 15 mins to Rossio. A taxi would cost around 10/15 euros. It is close to the Gulbenkian Museum/Gallery which is well worth a visit.  A Marriott Autograph has recently opened in a more central location, but I've no direct experience of it.

3. The Guide Books/Sites will provide you with more than enough info on the sights and sounds of the City. One option you might explore is to take a ferry from Caix do Sodre station across the Tagus River to one or more of the fishing villages on the opposite bank where you can enjoy a simple but very good fish lunch.

4. If you feel like straying further afield, try the old university town of Coimbra (about 1 hour by local train) or spend a few nights in the north of the country: the towns of Porto, Guimaraes and Braga have a wealth of history, are very scenic,  and - as you can imagine -are home to some excellent wines (particularly from the Douro River area - it too is worth a boat trip) and of course ports!. Again, the train from Lisbon to Porto takes under three hours.

Have a great trip,