Skip navigation
All Places > Program Conversations > Discussions
Log in to create and rate content, and to follow, bookmark, and share content with other members.
Each year a group of us long time business partners/buddies/baseball bums take a getaway trip to review previous and future deals (that's our story and we're sticking to it) as well as to have some fun. It also serves as a gift of free time to our well deserving spouses. Perhaps not so much along the lines of  'absence makes the heart grow fonder', but certainly as a breather for them for our next year shenanigans (that's their story and they're sticking to it).

This year we headed down to Central Florida and for myself it was an interesting trip in that I didn't go as a Platinum, but as a roommate of Marriott Associates and Vacation Club owners, once again opting to collect dollars (savings) over points, breakfasts, or concierge lounge sodas and waters.

We started out at the Bradenton Courtyard and I could actually see how Marriott achieves such significant financial results and occupancy without offering elites breakfast. The property was competitively priced (our associate rate, was at a tremendous savings). The hotel was well run with friendly and competent staff, and it was convenient to our meetings and social plans. Their 'bistro' was essentially a Starbucks offering eggs, sandwiches, oatmeal, fruit, etc. Buying the breakfast with my savings was the same as being on an expense account (i.e., no out of pocket costs for the lodger) and even more attractive, the traffic flow was evenly distributed making for a short wait for breakfast (not that I was in a hurry, but most CY guests have real responsibilities). We had plenty to do between Bradenton, Sarasota, and the Gulf Beaches (Pirates train in Bradenton in the spring).

A Courtyard (Bradenton) with an actual courtyard

The view outside our 12 inch balcony (better than no balcony). They have a riverwalk (not like San Antonio or OKC, but still a pleasant stroll along the Manatee River (manatees can be sighted in season). Pier 22 a nice restaurant within walking distance.

An easy drive to the Gulf, this is St. Armand's Circle on Lido Island decked out for the holidays - great restaurants and shops

After Bradenton we ventured over to the Tampa/Clearwater area, where we had been several times because of baseball (spring training for the Yankees and Phillies and we've coached some players who are minor leaguers with games at the stadiums). Feeling 'frisky', we snagged a last minute terrific rate at the relatively new Autograph Collection - The Epicurean (which we won't be able to do next year under the new cancellation policy ). I had been to the neighborhood many times (often around Gasparilla Day) because a friend owned a sports bar nearby, but the neighborhood has undergone significant upscale change in the past five years.

The Epicurean (built by Marriott as an Autograph) was celebrating its one year anniversary. After a few awkward moments upon check-in (we came in a bit like Jed Clampett and Jethro Bodine, with our 'driving jeans and the associates were oh so stylish, giving us the "you're not hip" stinkeye, which was accurate, but still hurt our fragile, emotionally frail feelings) we settled into the property's vibe and actually enjoyed its positive attributes. They had a nice rooftop bar, a wine store, a tasting classroom, a heated (needed in 60 degree weather) pool and proximity to several good dining choices. The famous steakhouse, Bern's, is across the street, but making a last minute hotel deal meant tough options at Bern's and we were starving, so a 9 pm table wouldn't cut it, so instead we walked down the street and had an excellent dinner at Copperfish. There were also several other choices all within an easy walk, including Starbucks and Panera for breakfast and lunch options. Bern was actually an investor in the Epicurean and no doubt part of the impetus of the attractive upzoning for this up and coming neighborhood (reminding us of our hometown Arlington, Va.).

Ok, enough for our 'fish out of water' bohemian, boutique experiment, back to our roots; sports and Marriott. We drove downtown to the well run and impressive in scale, Tampa Marriott Waterside to walk the area and enjoy a hockey game at the adjacent Amalie Arena. Due to the hotel's proximity to the arena and the convention center, the lobby is as lively (into the late hours as well) as I've seen at a Marriott, including the Michigan Ave. Magnificent Mile Marriott in Chicago. They also house a Champions Sports Bar/Restaurant and as you might imagine, it too was hopping as no doubt often is the case with an event going on at the arena (a 100 yard walk). Overall, a solid, consistent Marriott level experience - capture a good rate and it's a strong value.

Yours truly in the broadcast booth telling my pal, a fellow Platinum, about Insiders.

We concluded our week with a stay at the vacation club near Sea World Marriott's Cypress Harbour (with a nearby Residence Inn and just down the road from the Renaissance Sea World and around the corner from the Marriott Grand Vista). Cypress Harbour is an excellent location for Disney, Universal, Sea World, Restaurant Row on Sand Lake, the nice Dr. Phillips restaurants, and as long as you avoid rush hour, an easy drive into downtown or Winter Park. Plenty of enjoyable activities on site; bike and boat rentals for their lake, grills that would make iahflyr and foxglove happy, a very useful, well stocked market and sandwich shop, a putting green with sand traps, and a superb fitness center (normally most centers can be described as either adequate or not, this is health club quality level, the website photo doesn't do it justice). The one headscratcher is that their two room villas have one bed in each room, an enormous master bedroom with whirlpool and a tight fit second bedroom with a queen and a sofa bed presenting a bed to sofa bed squeezed in scenario (they also have a sofa bed in living room). Now this is all on the web site and photos, so the layout wasn't the surprise, rather the sq. footage allocation (I was with builders who pointed out several better floorplans) . Be sure to factor in who your guests are when reserving. But other than that, it turned out to be an excellent property with no sales reps bugging us (they actually helped with dinner reservations - with a $20 coupon, and you know erc and the crew liked that). So give this property a consideration if you're bringing the gang down to the theme park area.

Lacking my first team photographer, this is the best I could manage,

One of the best cycling videos around - Paris. I actually took the knowledge pluto77, fschumpert, profchiara and jerrycoin

provided and rode from Notre Dame, Eiffel Tower, the Arch, and along the Seine, a great trip. Went to WaWa had a french roast and croissant, checked it off my bucket list and saved a couple grand .   A good time had by all.

jakeal - to go along with our beer flights, bourbon flights. This was at Moonfish, one of the many excellent restaurants along Sand Lake Rd. (Seasons 52, Eddie V's, Rocco's, Ocean Prime just to name a few), my local buddy says next time we hit Doc Phillips.

vaboywnder - when told of the tough time given you down the road at Grand Vista, my man Eesul (gave us the coupon for dinner)  said for you to come on down to Cypress Harbour and you'll be given the royal treatment, without bugging you

In summary, after rebounding from a crushing defeat in the CyberMonday wars, this time the Insider, by finessing some nifty last minute moves, was able to craft a solid week of excellent travel experiences at a great value which always brings warm feelings of the thrill of victory (rather than the agony of defeat)  with the knowledge that this time, we were able to (if only, ever so gently) 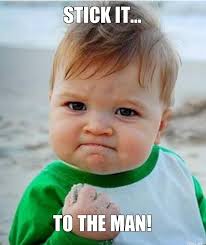 Continue sharing your travel victories (we're in this game together) and as always,

Keep on keepin' on Insiders.