A very short, but succinct article highlights the ongoing momentum of the hotel industry, which understandably, currently follows a demand oriented pricing/perks model.

2015 Hotel Occupancy will continue to increase

Revpar will rise another 6%

Not in the article, but fun facts we all love to know and tell: Marriott has over 45 million Rewards members and growing (Hilton over 40 million); is a financial leader in the hotel sector setting earnings, revenue, revpar, and stock price records

As that famous hotel guest Bette Davis predicted over a half a century ago, any elites expecting increased benefits, 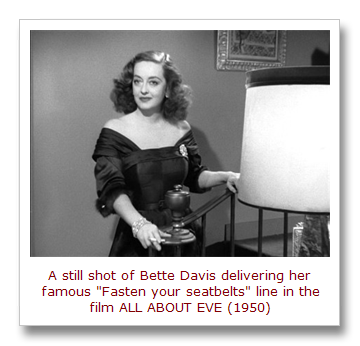 better, "Fasten your seatbelts, it's going to be a bumpy night"

Keep on keepin' on Insiders - we're the best shot we've got